What Is Sodium Chloride And How Is It Used?

Even a novice to the world of chemistry will tell you that sodium chloride is the table salt that we use in our daily food items. But do you know what type of chemical compound sodium chloride actually is, what is it composed of and how is it used?  All these aspects will be discussed in this article with a microscopic lens. Chemistry governs the synthesis, structure and properties of all the substances, essential to our daily life. All the chemical compounds are made up by the combination of atoms of some specific elements in a set proportion under suitable conditions of temperature and pressure. Sodium chloride is no exception in that regard.

What is sodium chloride? 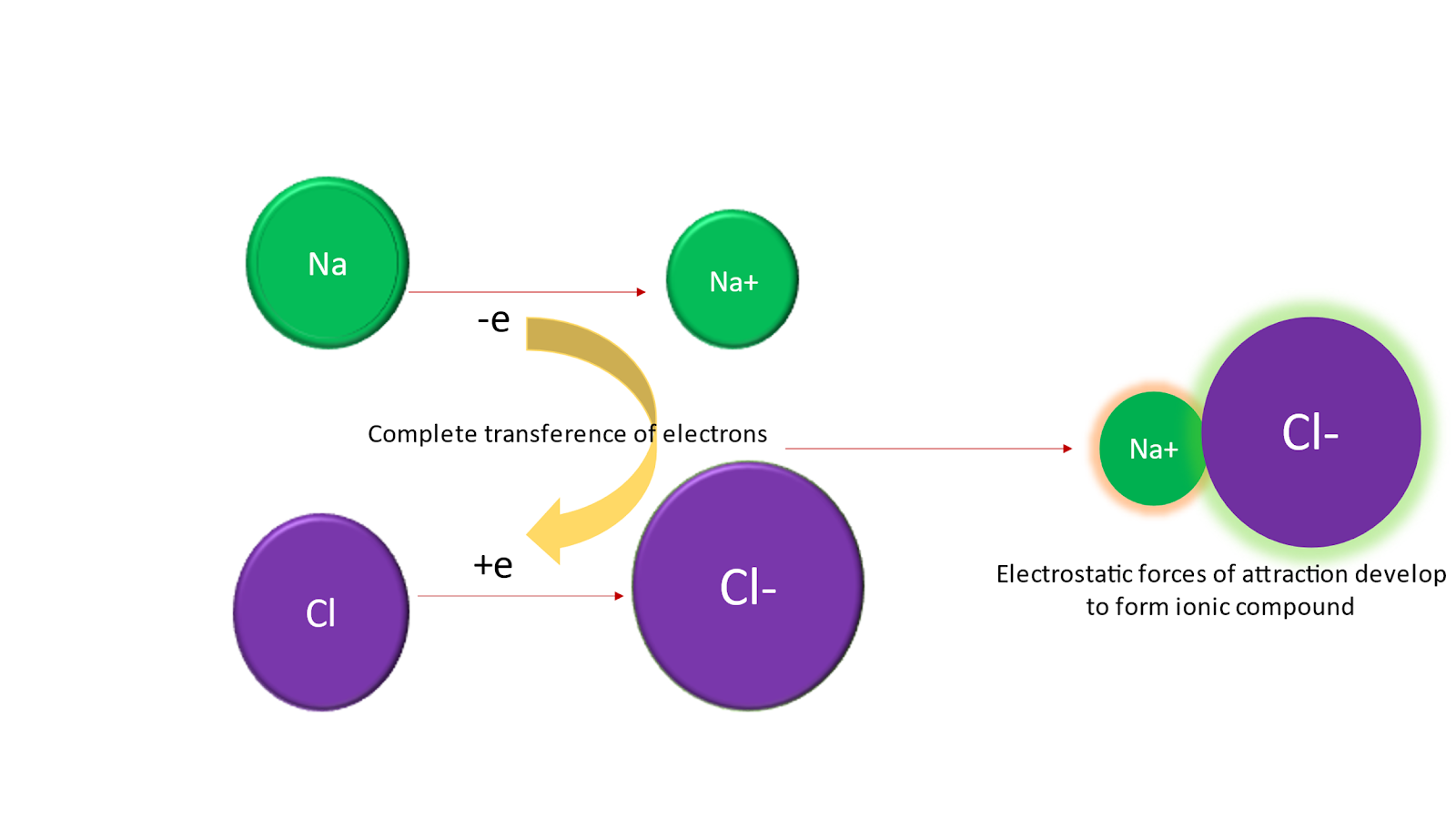 A large number of alternating Na+ and Cl– ions arrange together in a giant, three-dimensional cubic lattice to form the crystalline structure of sodium chloride. In this giant ionic lattice; each sodium ion is surrounded by six oppositely charged chloride ions and vice versa. Chloride ions being negatively charged anions are larger in size than the positively charged sodium cations. In result of it, the latter fit into the spaces between the former to form a compactly packed structure. The ratio of ionic radii in this crystal is 0.53 and it forms an octahedral, face-centered, cubic arrangement.

The lattice energy of sodium chloride crystal (energy used to break 1 mole of NaCl into its constituent ions) is 786 kJ. It is this symmetrical, compact crystalline packing that controls the distinct properties of hardness, brittleness, high melting and boiling point of sodium chloride. 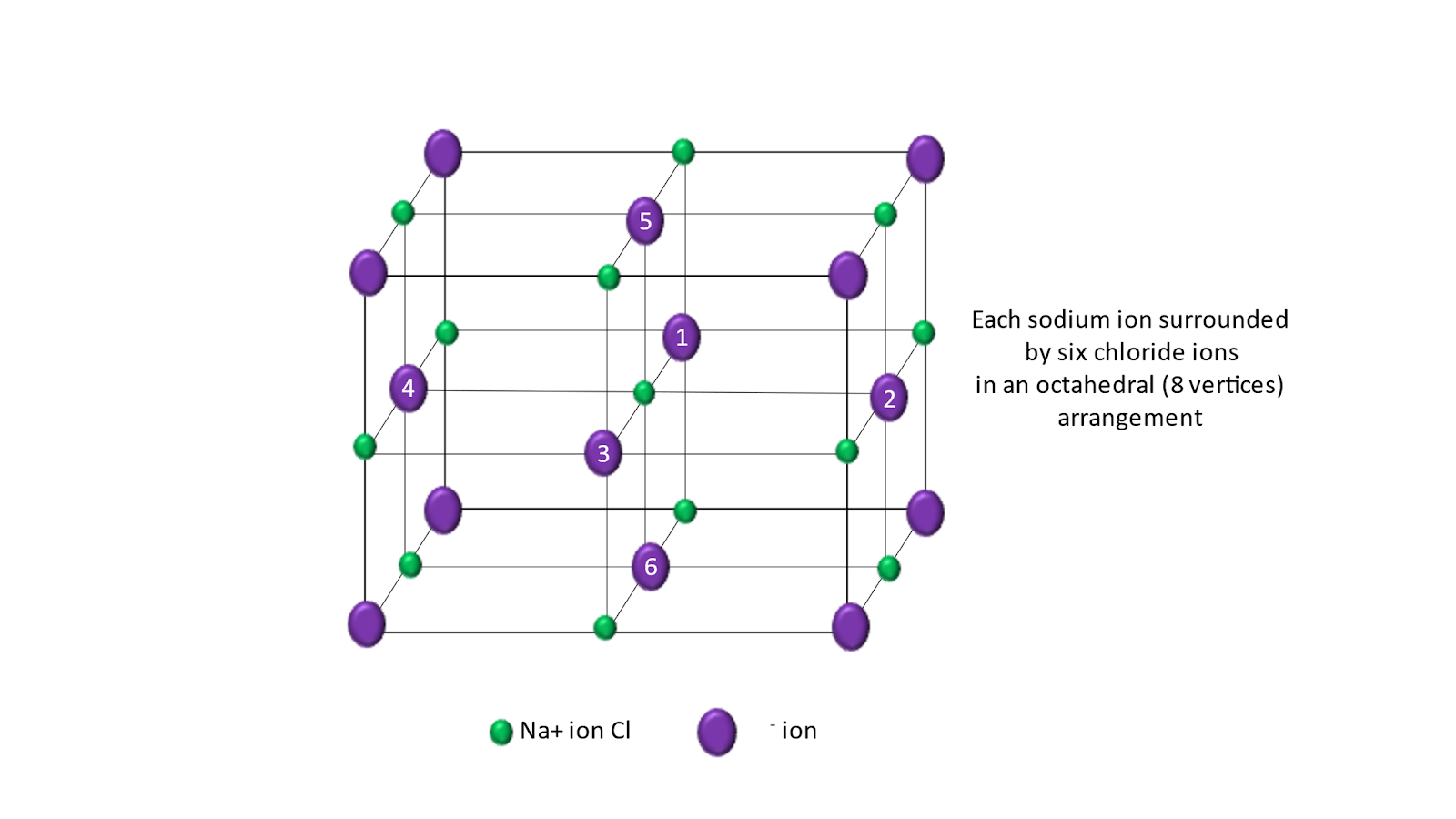 The ions present in an NaCl crystal are held together by the strongest forces of attraction i.e., ionic bonds therefore sodium chloride does not conduct electricity in the solid state. NaCl however conducts electricity in the molten state when heat energy breaks free the oppositely charged ions to conduct the flow of electric charges. 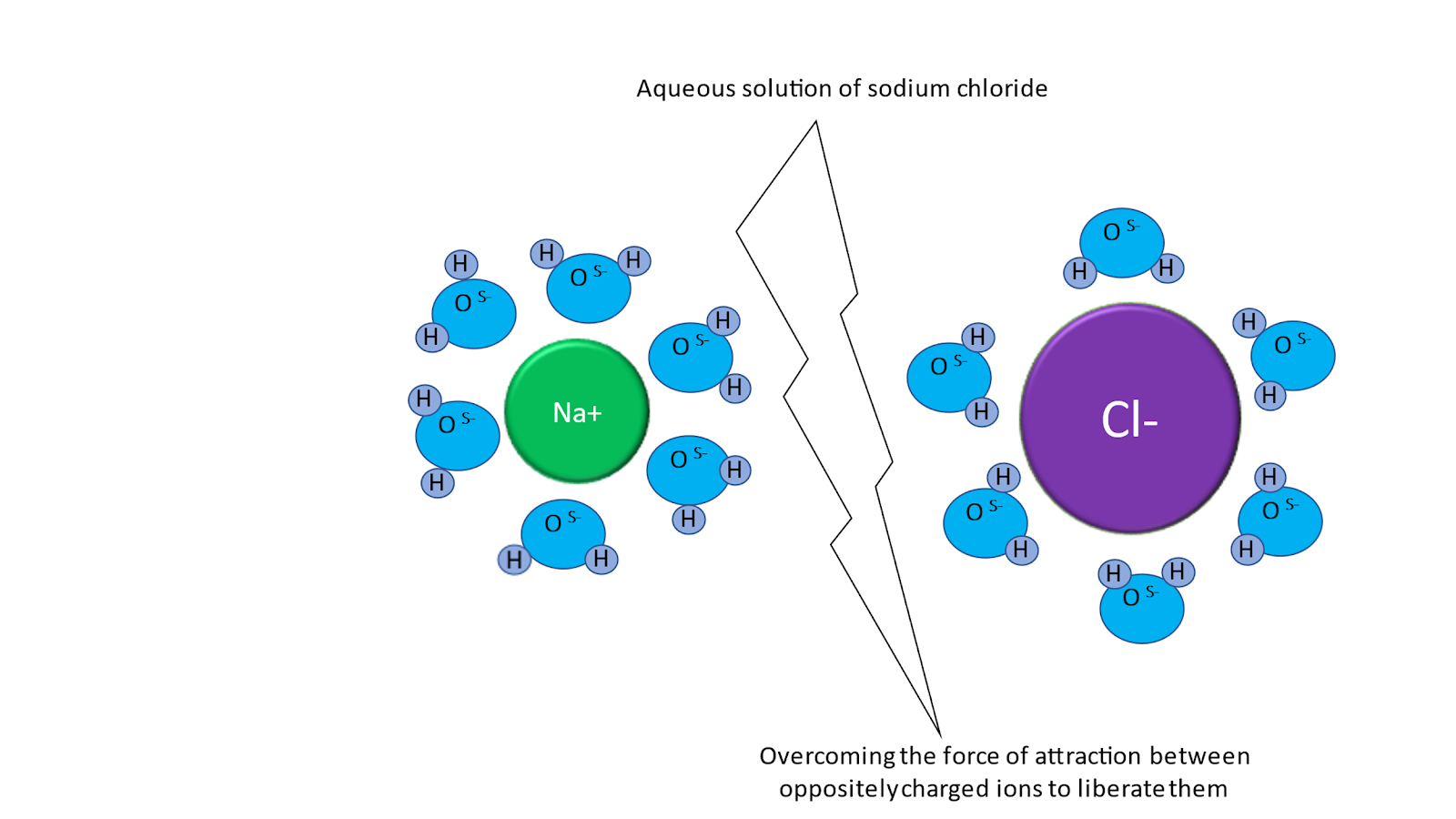 In terms of chemistry, a salt is defined as any chemical substance built up of positive and negative charges, which can be produced by the reaction of an acid with a base. Therefore, in accordance with this definition, sodium chloride is a salt. It can be prepared at laboratory and at the industrial scale by a chemical reaction of sodium hydroxide (a base) with hydrochloric acid (an acid) as shown in equation 2.

The ionizable hydrogen (H+) gets replaced by a positively charged sodium (Na+) ion in this reaction. As the hydrogen ion is replaced completely by the metallic ion in this case so NaCl falls under the ‘normal salt’ category of inorganic salts. It is neutral, has a pH of 7 and does not exhibit any acidic or basic characteristics in aqueous solution. You can read more about the classification of salts here.

Table salt and/or rock salt and sodium chloride are often used interchangeably as different names for the same thing. But there might be a slight difference between the two. Although the table salt that we use as a food flavouring is 97-99% NaCl, but it may have traces of other impurities present as well. Likewise, we should always keep in mind that sodium chloride is a salt but not all salts are sodium chloride. Magnesium chloride (MgCl2), potassium chloride (KCl), zinc chloride (ZnCl2) and sodium sulfate (Na2SO4) are other examples of ‘salts’’. 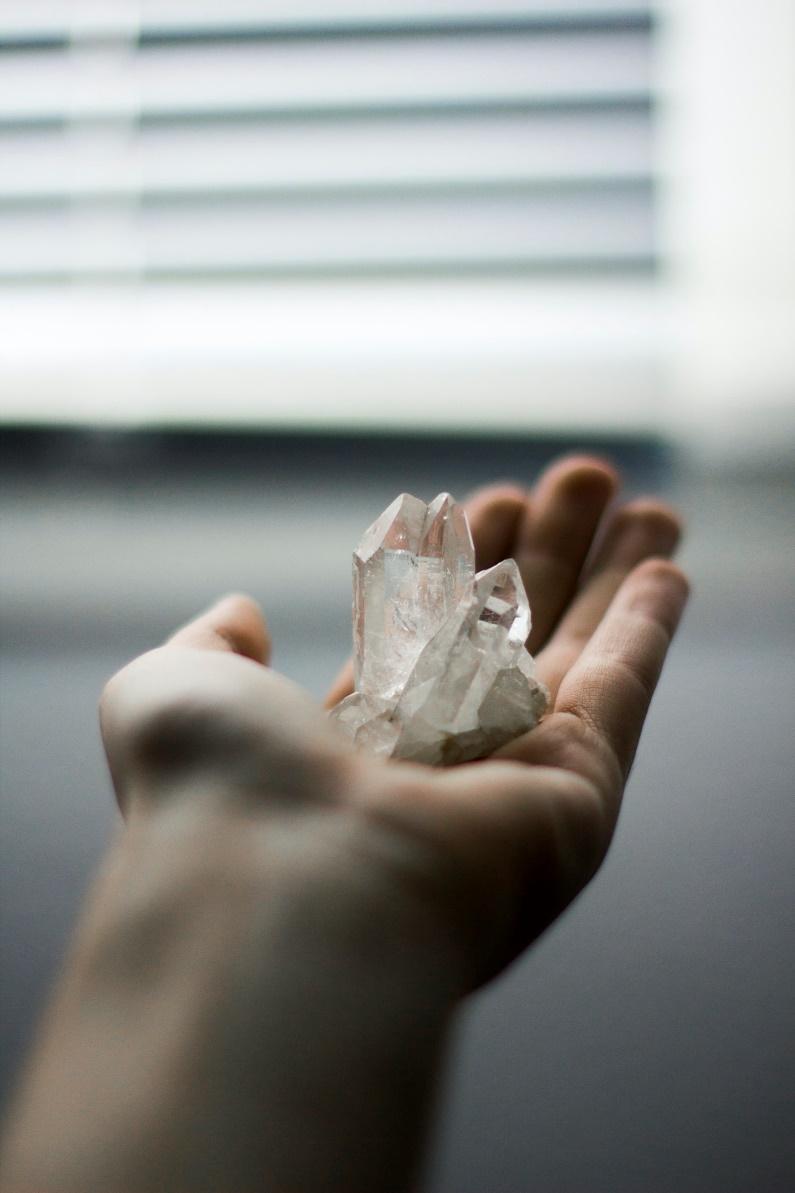 What is sodium chloride used for?

Sodium ions carry electric impulses just as it conducts the flow of electric current in an aqueous medium throughout the body. These electrical nerve impulses aids in muscle contraction which consequently helps us in performing our daily life activities effectively. Maintaining the electrolytic balance of bodily fluids is also important for the digestion, absorption and transport of valuable nutrients inside the body.

The importance of sodium chloride as a chemical compound inevitable in food industry, medicinal sector and for maintaining good health cannot be negated. Both excess and dearth of sodium chloride and its constituent ions however can adversely affect the human body. Deficiency of sodium and chloride ions in the body can lead to ‘low salt syndrome’, disturbing the electrolytic and fluid balance of the cells. The side effects associated with sodium chloride deficiency can be read in further detail on this article called 6-little known dangers of restricting sodium.

What Is Sodium Chloride And How Is It Used?